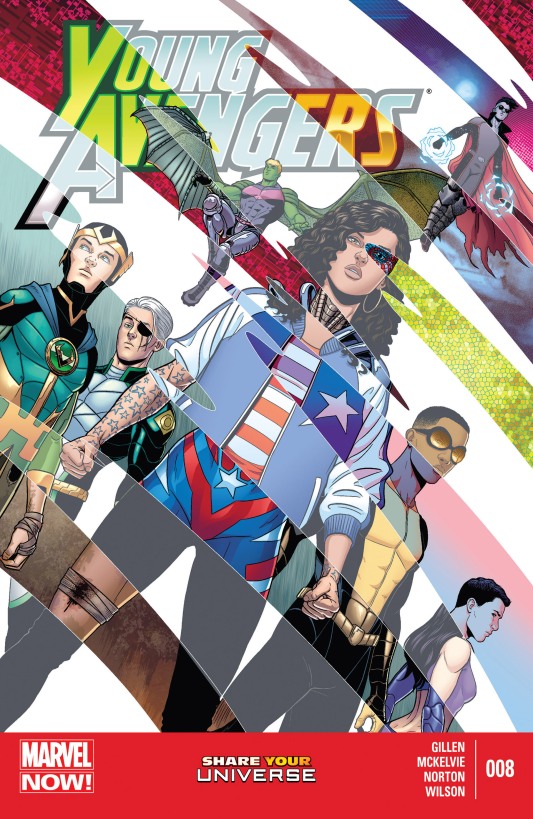 Now everybody loves a good multiverse alternate reality story, but in the comic world they have been done to death. However for this book there is a specific purpose, within the confines of the overall arc and it works quite excitingly. Especially when it is being drawn by the great McKelvie, who seems to have excelled with his graphic style and left field approach to panel structure and storytelling. This cover is representative of that ingenuity as we see a team shot at a 45 degree angle, with paintbrush wipes perpendicular to it. This allows us to view alternate costumes to the team with the borders of the brushstrokes, producing a beautiful geometrical effect. We are then invited to explore the page to see the deviations and aberrations of our favourite characters. I initially thought there were two scenes spliced together but there may be three, especially with the main title variants. The colouring is beautifully co-ordinated between individual scenes but the contrast is altered to allow us to see the paler colours are our regular heroes. I do adore the partly robotic version of Ms America, the armoured version of Loki looks great and Wiccan looks more like an evil sage in his alternate reality. There is a lot of enjoyment to be gathered from this cover, and it is clear that McKelvie has putting in a lot of love in its creation.