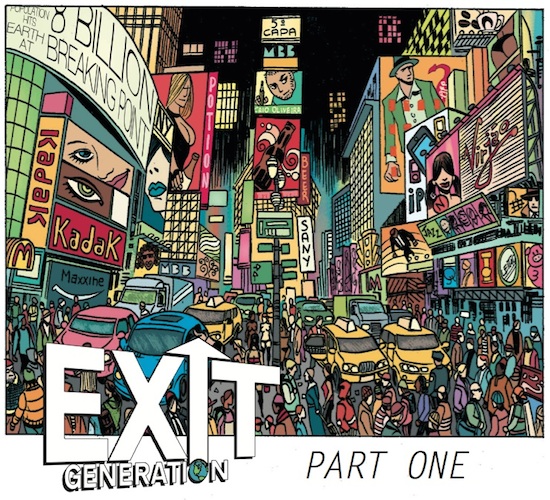 There are hundreds of fledgling comic creators out there, and I am honoured every time I am asked to review some of the fruits of their labour. Exit Generation is a self published comic by a York based writer, Sam Read who is working hard to put out this four issue story arc. The plot synopsis given on his blog, pitches the book as a space action adventure in that allows our central character Jack a chance to break the monotony of boring everyday life. That depicts it rather simply because the story is a little more complex than that, and the origin of Jack is entrenched in tragedy. The first issue displays some lovely four panel pages showing the world as it very could be, overcrowded and resourceless. In fact Caio renders some incredibly detailed images of future cityscapes that are gorgeous and intricate, this also goes for this spacecrafts he produces. Jack’s father, Matthew works on an EXIT project which allows humans to leave Earth to live on space stations. Unfortunately he leaves his partner pregnant and abandoned upon the home world. Though in summary format, Oliveira produces some poignant and upsetting moments of a relationship at the brink of destruction. He manages to convey the feelings of lovers a world apart, especially when Matthew realises that death is inevitable in a matter of hours. Jack maybe bored, but that is because twenty years later life has become idyllic and simple, even though his father died and his mother abandoned him.

It is not surprise his character is a little on the rebellious side and he is a lover of classic action movies and punk rock. His best friend is Mo who’s parent adopted Jack when he was a baby. In fact his mother was best friends with his eventual guardian. I quite like the fact that his family is a black Muslim family and references are made to their lifestyle. It is carried out quite innocuously as part of everyday life and it is commendable that obvious emphasis is not pressed on such issues.The story then develops a relatively straightforward alien abduction story as Jack and Mo’s family are kidnapped. I must say that the intruders are comedically drawn on the caricaturist side as their forced pleasantries are barely able to hold their malevolence. Further upset is caused to our central protagonists as they realise that they are left alone and Jack may have lost another set of parents. Their responses are naturally written by Read and emotionally rendered by Oliveira. The next stages represent a rescue mission and a hunt for some form of space travel. This is where we meet the second half of the rather motley crew, Scrap and Han. 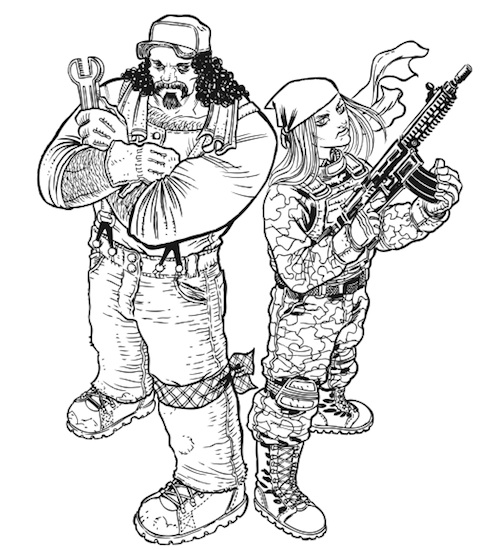 We venture into the second issue where Jack and Mo begin their training and we set sights on their alien targets. Scrap and Han represent the classic huge wise guy who has the experience and knowledge to keep the kids grounded. I am guessing that Han is his fostered daughter, who is rather impetuous and singleminded but will be the contrast to the chilled and naive Jack and Mo. The plot moves at a rapid pace given the first issue was an intense background followed by a no nonsense drive to the central premise. Even the second issue wastes little time because the mission is well prepared and the team has been formulated by the end. I quite like the characters as they are well established and all quite recognisable figures. I am expecting this to turn into a galactic action adventure with some heroics at play with the odd jovial quip. Caio has some delightful panels and the spacecraft cockpit is wonderfully detailed but he has the innate ability to keep it very clean and free from clutter. Given the excellent shapes and sizes of the extra-terrestrials, all that is required are some impactful action sequences and the space romp is fully underway. 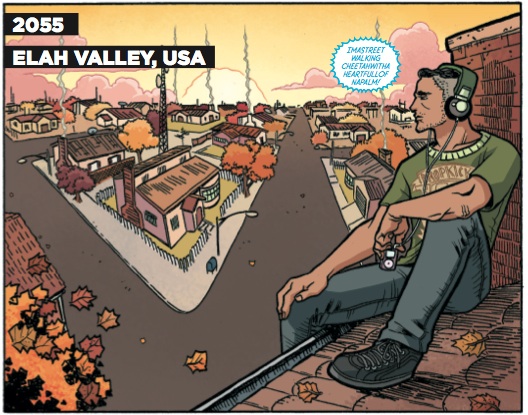 This book is Sam Read’s passion project and the development of a creative team has given him a chance to produce a solid piece of work. It is highly impressive that this project is self published and available digitally and physically and I will certainly be picking up the individual issues. I would recommend visiting his webpage at http://samreadwrites.com/exitgen/ and here to buy the comic, http://www.readfrenchcomics.bigcartel.com. I very much look forward to the oncoming issues and wish Sam and the creators the best of luck with Exit Generation.