The deleterious progression of my cynicism leads to exceptional joy when it is proved erroneous by a book like Convergence: Shazam. Doc Shaner has an incredibly classic feel to his characters, and his superheroes have the slick hair, square jaw, and arrogant grin of years gone by. The expressions are ever so subtly exaggerated exhibiting a degree of self-control, halting it from becoming a caricature. The book is set in Fawcett City which seems very much set in 30s/40s Americana with the gents in suits and ladies in modest attire. Even Jordie’s colouring is tinted towards yellows and reds, almost dulling down the mood and presenting an older feel to the comic. The opening page has this incredible three-panel sequence: 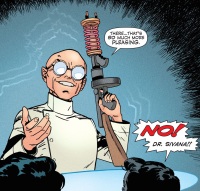 He starts with a quizzical glance to the sky, almost challenging whoever is up there which transitions towards hope in the next box, with a close up of his eyes closed. It then returns to show his hands open with a desperate frown, asking the question, why? It is wonderful little sequence and tells you so much of the story even if you did not know what was happening in Convergence. The issue continues within the realms of the adventurous youth detective trope and we meet some brilliantly cliché bad guys. The cave man inventor and a giant dumb robot, all controlled by the crazed scientist Dr Sivana. He has such a great look with giant frame glasses hiding his eyes and the neck buttoned lab coat with a ridiculous gun to complete the look. The expressions the kids produce are just priceless with furrowed brows and evil glares.

There is a lot of plot exposition in the narrative as they try to develop a story within the envelope of the Convergence dome. I admire how that does not become the central tenet of the book, but a side circumstance. The physical confrontations do not appear until towards the end of the book where Billy realises he can become Captain Marvel once again. His adulation is so beautifully expressed with his eyebrows raised and eyes wide open in excitement. There is a flash of blue light as he merges into the lightening, casting a wonderful silhouette of the man he is about to become. Then we turn the page and there is the man, launching himself forward with fist primed for striking.

Shaner has a gift for the heroic posture and the arrogant expression of intent. It is aesthetically gorgeous seeing that cape fly, his chest wide open and the lovely sense of perspective giving him movement. It is not only that he looks so impressive but it is the reward to the patient reader. It does take a significant number of pages before we get to see the Marvels. This is rewarded in spades with the family ready to enact revenge.

This comic sets out its intent from the get go and within a couple of pages you can feel the tale of exuberant young detectives in a caper, resulting in the release of their superhero alter egos. The storytelling is told through the facades of the characters, which portrays emotion and direction, which can carry the book to fruition. I am really interested to see how the Marvels fight and fluid it will be, as we do not get to see much of that. But for the time being I am quite pleased at looking at the dashing Captain Marvel. 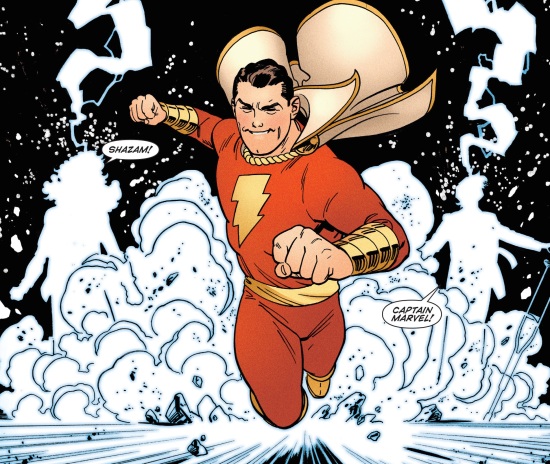