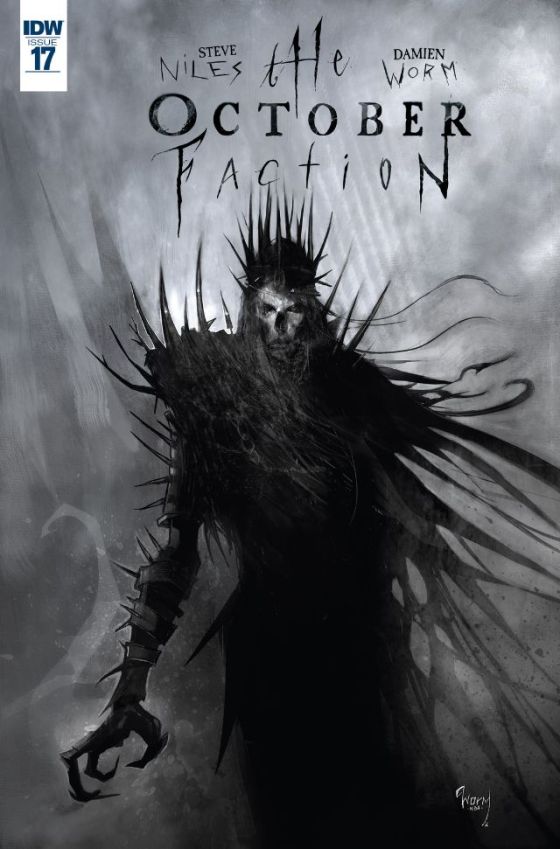 Damien Worm lives in the darkness, or at least that is what the October Faction comic would have you believe. There is always a red, blue or green hue to the darkened background but this page is purely black and white, not that it feels that way. It looks as if there is a light source that lights up the world around the central character. It acts conversely to previous issues as the main light source is not from the middle. There is a great effect as the monster absorbs the light from around him and brings darkness. It feels terrifying before we even begin to look directly at the figure, and when you do it appears to be a a skull in darkened royalty garb. The grandiosity of the spikes brings an eerie splendour and the gown is shredded into pieces as it wafts in the background. This showcased individual can only be a force for evil, especially when you view the giant sharpened claw in silhouette. The whole page has a wonderfully sketchy demeanour and the prickled accessories together with the blurred objects in the back merge so poignantly with the title of the book. Its a smooth and beautiful cover that brings terror from out of the light.