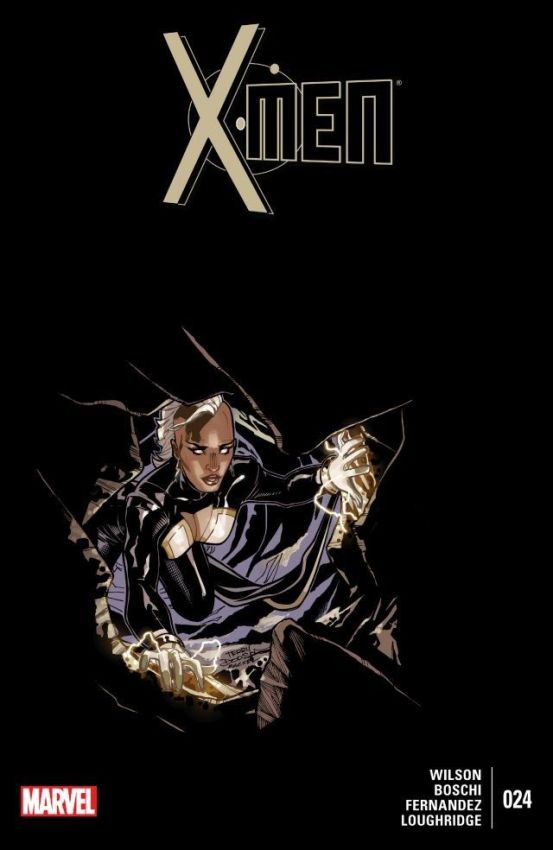 Storm’s claustrophobia is well known to any X-Men fan and had been manipulated over the years in a fair few battles. This page has a black expanse of nothingness engulfing a small piece of action. The enclosure of Storm is vehemently depicted with this cover as we see how Ororo must feel, because the darkness is overwhelming. The rocky landscape is dimly lit by the lighting on Storm’s hands, which is a clever usage of her powers, and the focus is very central and fades into darkness. The reflection of this light is well produced on her clothing and face, and adds a level of texture and depth to the cavity in which she hunches. Her crouched posture and uncomfortable position makes the situation all the more cramped. I am quite impressed at how calm she looks, which is her normal demeanour but he fear must lie deep. Dodson uses quite clever devices to make us feel like Ro does, we look into a small confined space as Storm looks out into nothingness.